A bird almost universally considered “cute” thanks to its oversized round head, tiny body, and curiosity about everything, including humans. The chickadee’s black cap and bib; white cheeks; gray back, wings, and tail; and whitish underside with buffy sides are distinctive. Its habit of investigating people and everything else in its home territory, and quickness to discover bird feeders, make it one of the first birds most people learn.

In winter Black-capped Chickadees eat about half seeds, berries, and other plant matter, and half animal food (insects, spiders, suet, and sometimes fat and bits of meat from frozen carcasses). In spring, summer, and fall, insects, spiders, and other animal food make up 80-90 percent of their diet. At feeders they take mostly sunflower seeds, peanuts, suet, peanut butter, and mealworms. They peck a hole in the shell, and then chip out and eat tiny bits of seed while expanding the hole.

Chickadees are active, acrobatic, curious, social birds that live in flocks, often associating with woodpeckers, nuthatches, warblers, vireos, and other small woodland species. They feed on insects and seeds, but seldom perch within several feet of one another while taking food or eating. Flocks have many calls with specific meanings, and they may contain some of the characteristics of human language.

Both male and female chickadees excavate a cavity in a site usually selected by the female. Once the nest chamber is hollowed out (it averages 21 cm deep) the female builds the cup-shaped nest hidden within, using moss and other coarse material for the foundation and lining it with softer material such as rabbit fur.

This tiny bird has a short neck and large head, giving it a distinctive, rather spherical body shape. It also has a long, narrow tail and a short bill a bit thicker than a warbler’s but thinner than a finch’s.

The cap and bib are black, the cheeks white, the back soft gray, the wing feathers gray edged with white, and the underparts soft buffy on the sides grading to white beneath. The cap extends down just beyond the black eyes, making the small eyes tricky to see. 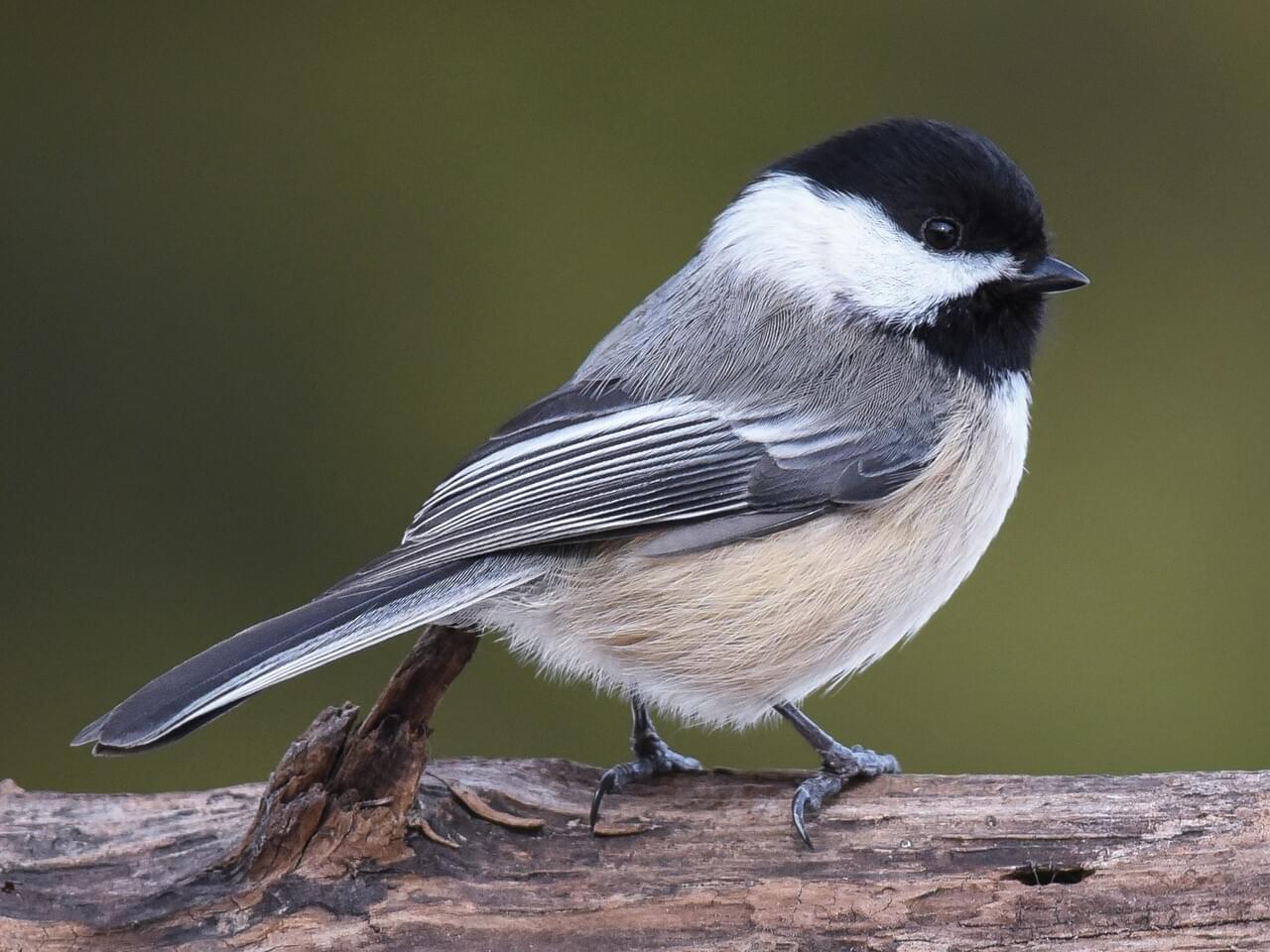 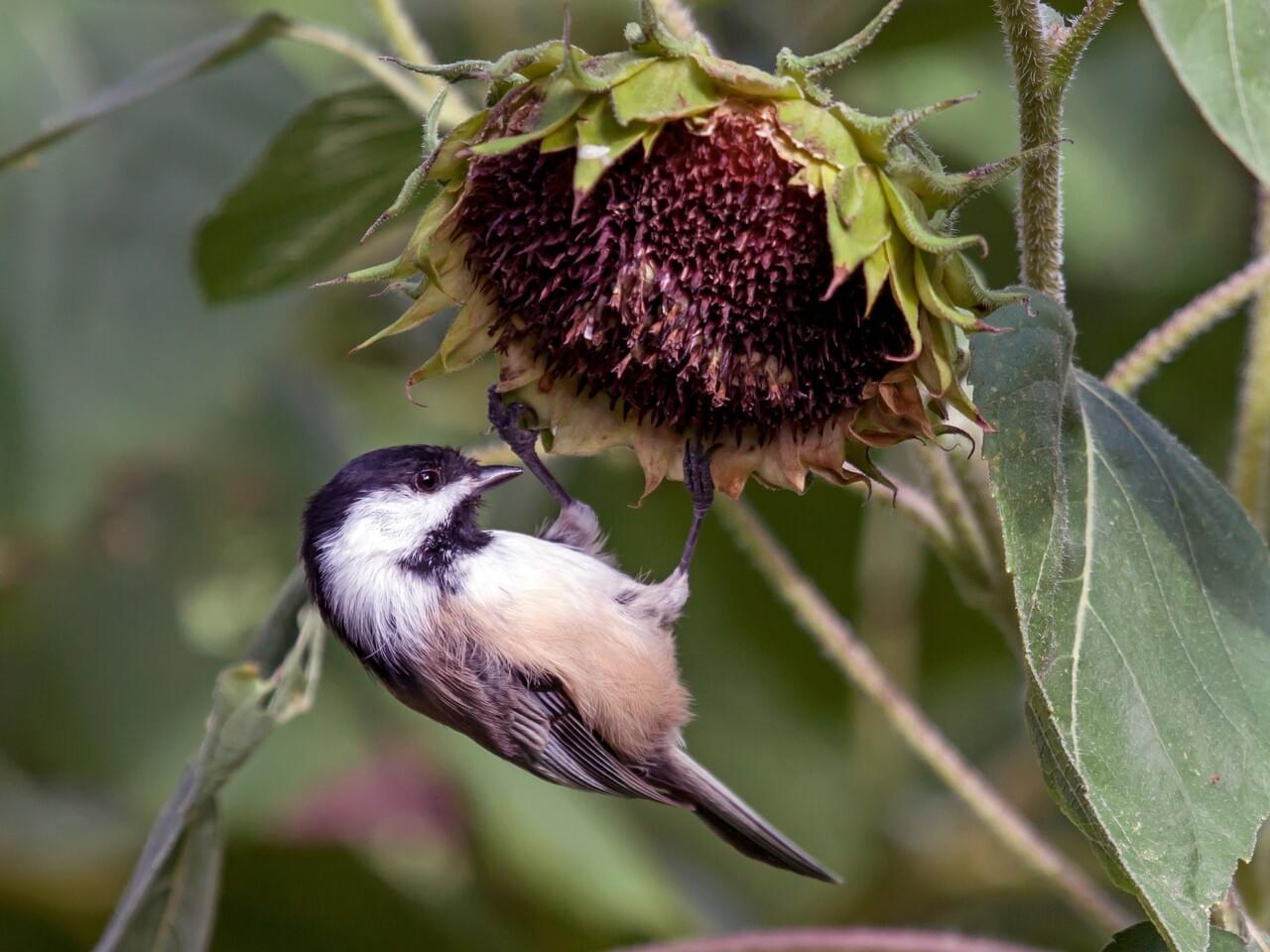