A little gray bird with an echoing voice, the Tufted Titmouse is common in eastern deciduous forests and a frequent visitor to feeders. The large black eyes, small, round bill, and brushy crest gives these birds a quiet but eager expression that matches the way they flit through canopies, hang from twig-ends, and drop in to bird feeders. When a titmouse finds a large seed, you’ll see it carry the prize to a perch and crack it with sharp whacks of its stout bill.

Tufted Titmice live in deciduous woods or mixed evergreen-deciduous woods, typically in areas with a dense canopy and many tree species. They are also common in orchards, parks, and suburban areas. Generally found at low elevations, Tufted Titmice are rarely reported at elevations above 2,000 feet.

Tufted Titmice eat mainly insects in the summer, including caterpillars, beetles, ants and wasps, stink bugs, and treehoppers, as well as spiders and snails. Tufted Titmice also eat seeds, nuts, and berries, including acorns and beech nuts. Experiments with Tufted Titmice indicate they always choose the largest seeds they can when foraging.

Tufted Titmice flit from branch to branch of the forest canopy looking for food, often in the company of other species including nuthatches, chickadees, kinglets, and woodpeckers. When they find large seeds, such as the sunflower seeds they take from bird feeders, titmice typically hold the seed with their feet and hammer it open with their beaks. In fall and winter they often hoard these shelled seeds in bark crevices. These acrobatic foragers often hang upside down or sideways as they investigate cones, undersides of branches, and leaf clusters. They sometimes come all the way to the ground to hop around after fallen seeds or insects. Titmice are very vocal birds and are also quick to respond to the sounds of agitation in other birds, coming close to investigate or joining a group of birds mobbing a predator.

Tufted Titmice look large among the small birds that come to feeders, an impression that comes from their large head and eye, thick neck, and full bodies. The pointed crest and stout bill help identify titmice even in silhouette.

Soft silvery gray above and white below, with a rusty or peach-colored wash down the flanks. A black patch just above the bill makes the bird look snub-nosed. 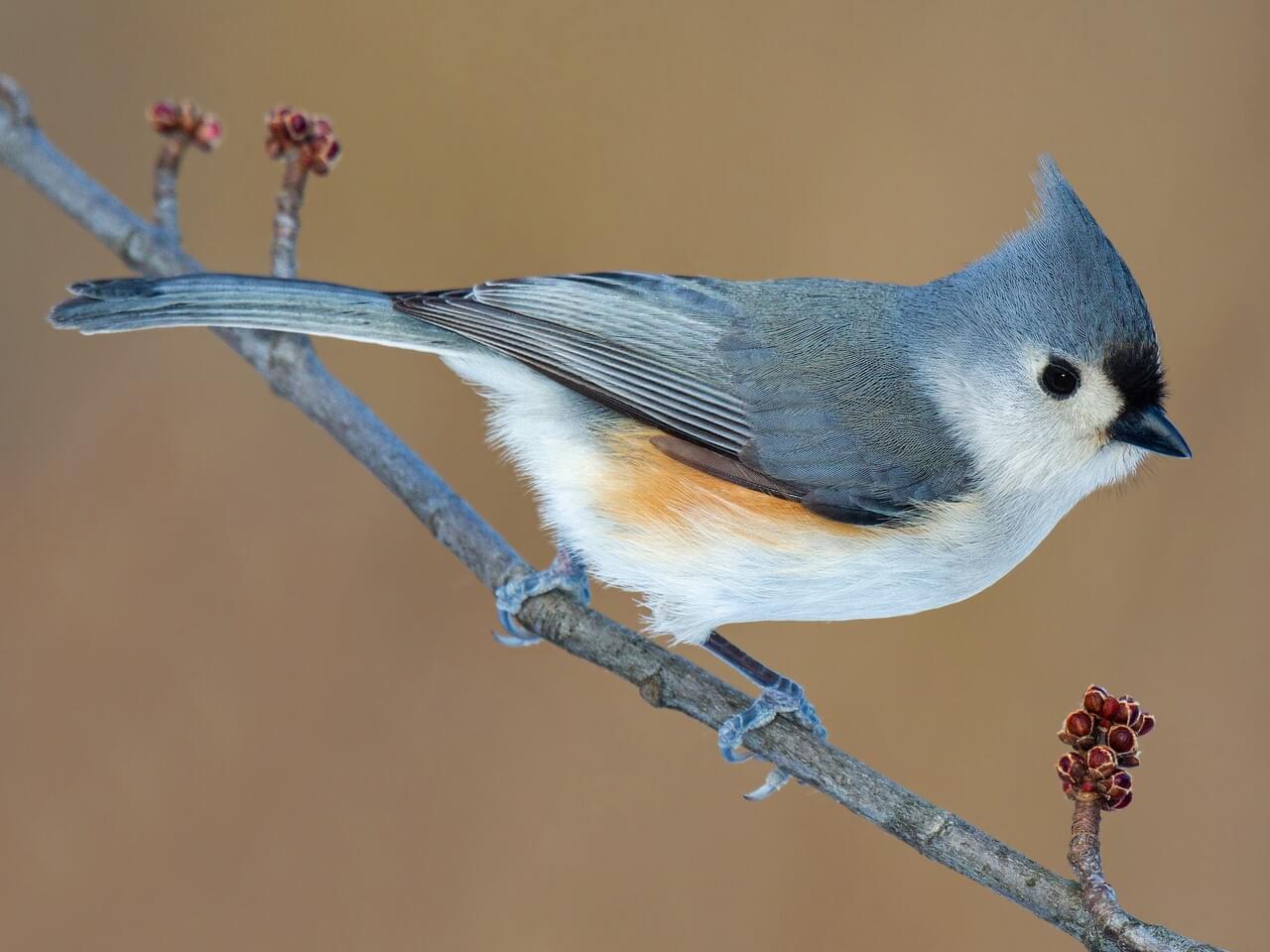 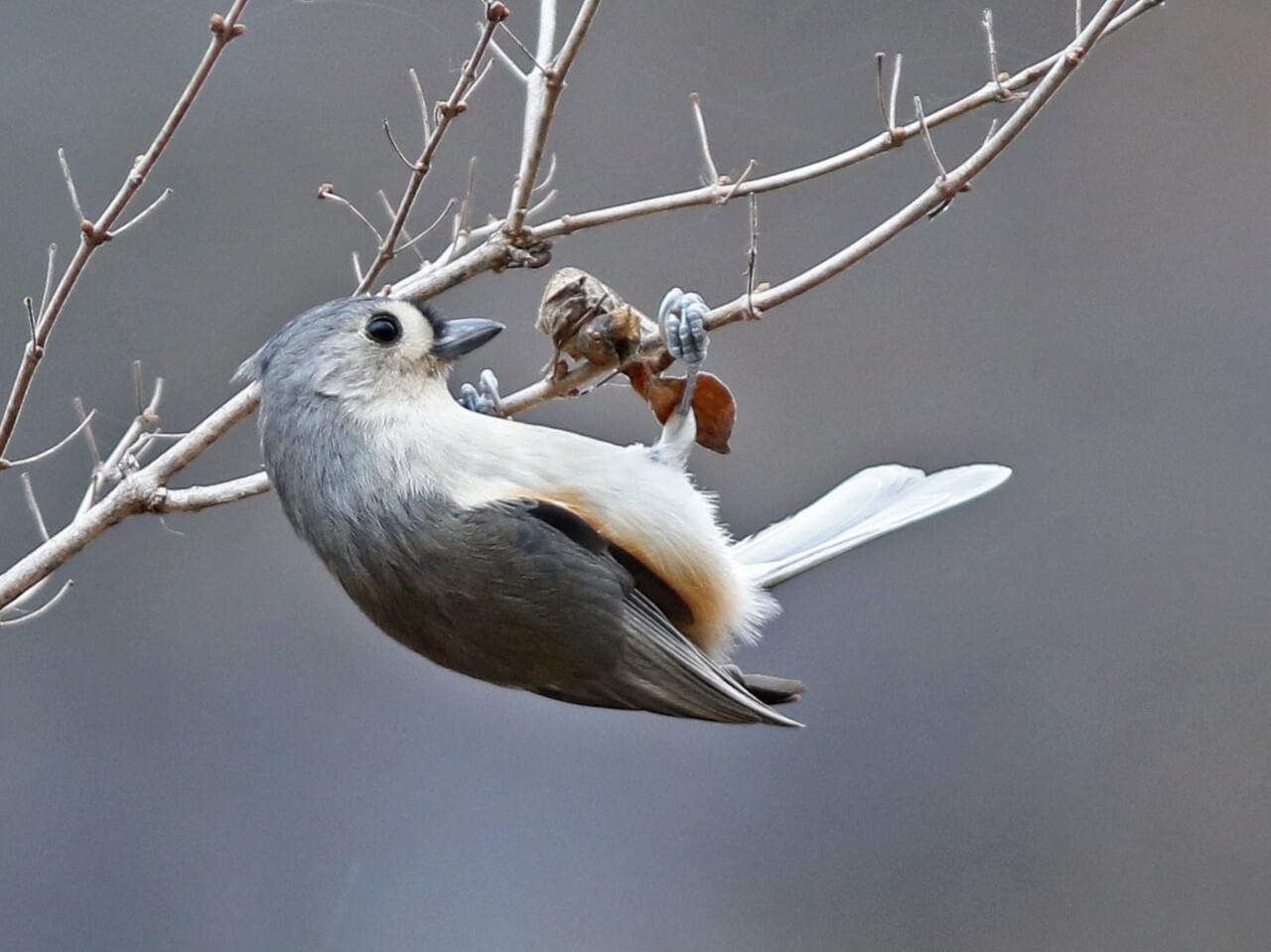 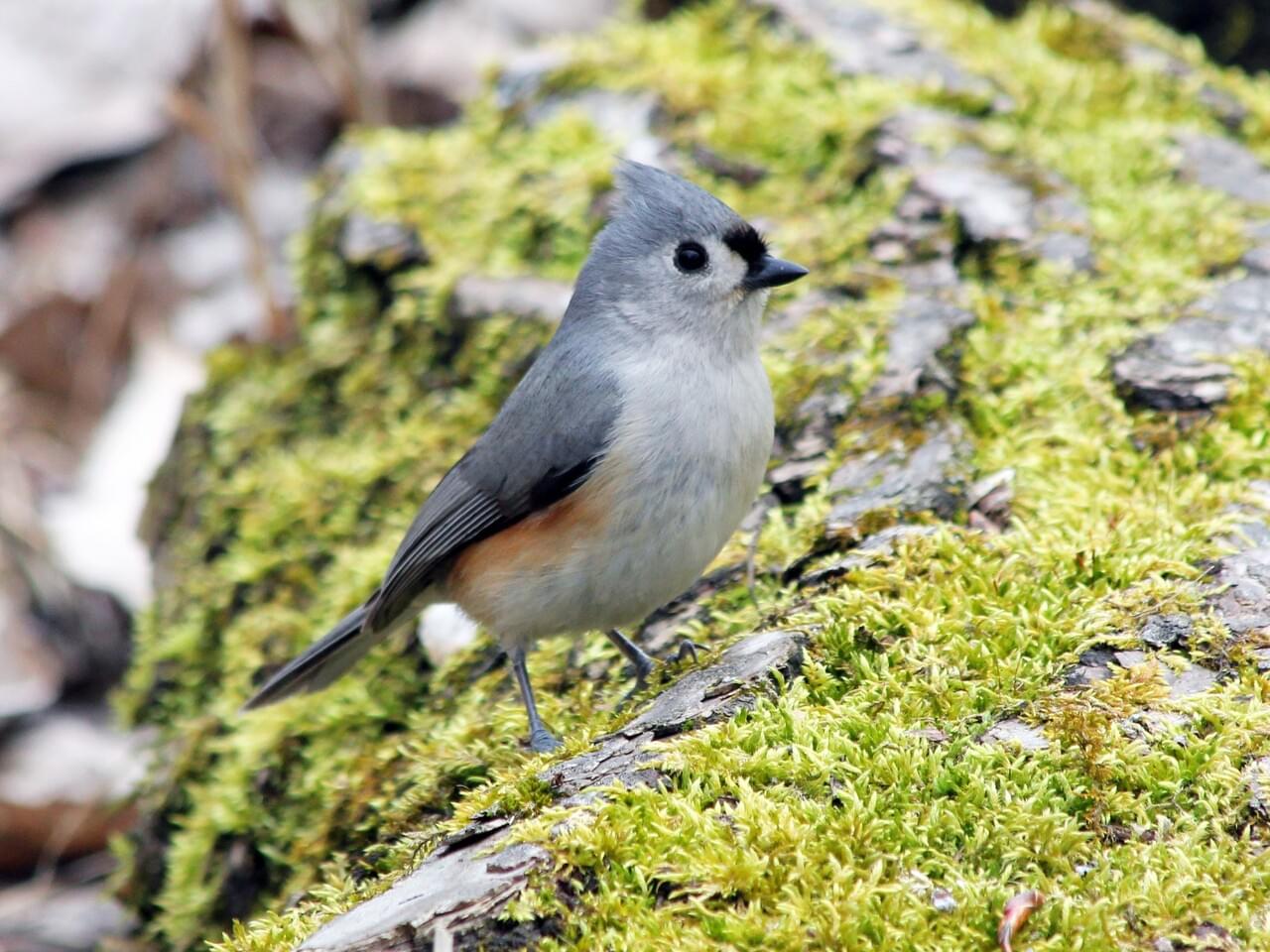 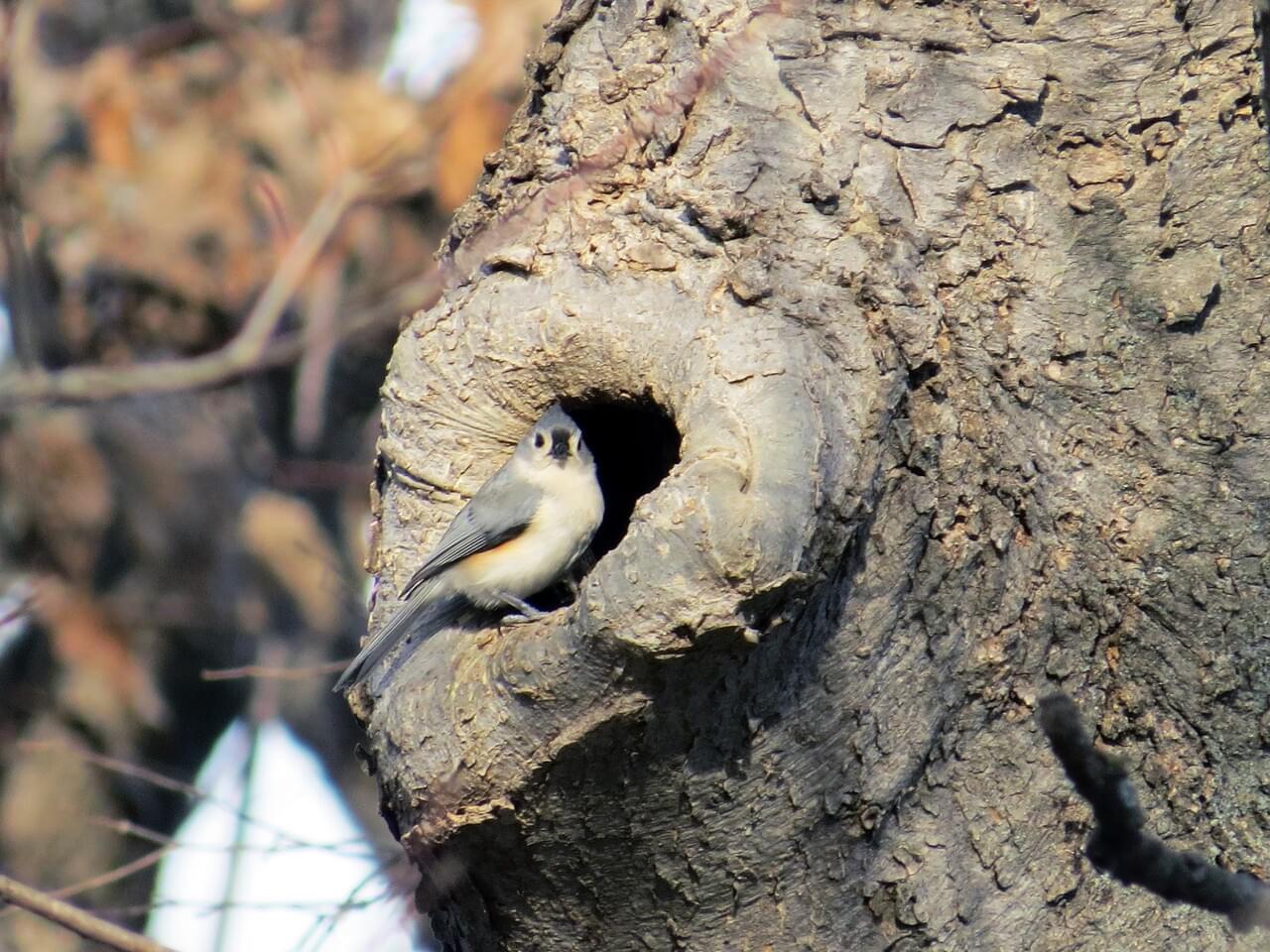 The Black-crested Titmouse of central Texas has a white forehead and fully black crest compared with Tufted Titmouse's black forehead and gray crest. Chickadees are slightly smaller, lack the crest, and have bold black-and-white head, cheeks, and throat. The Oak and Juniper titmice of the western United States don't overlap in range with Tufted Titmouse. They are smaller and plainer brown.