American Crows are familiar over much of the continent: large, intelligent, all-black birds with hoarse, cawing voices. They are common sights in treetops, fields, and roadsides, and in habitats ranging from open woods and empty beaches to town centers. They usually feed on the ground and eat almost anything—typically earthworms, insects and other small animals, seeds, and fruit; also garbage, carrion, and chicks they rob from nests. Their flight style is unique, a patient, methodical flapping that is rarely broken up with glides.

American Crows are highly adaptable and will live in any open place that offers a few trees to perch in and a reliable source of food. Regularly uses both natural and human created habitats, including farmland, pasture, landfills, city parks, golf courses, cemeteries, yards, vacant lots, highway turnarounds, feedlots, and the shores of rivers, streams, marshes, and beaches. Crows tend to avoid unbroken expanses of forest, but do show up at forest campgrounds and travel into forests along roads and rivers. Avoids deserts. 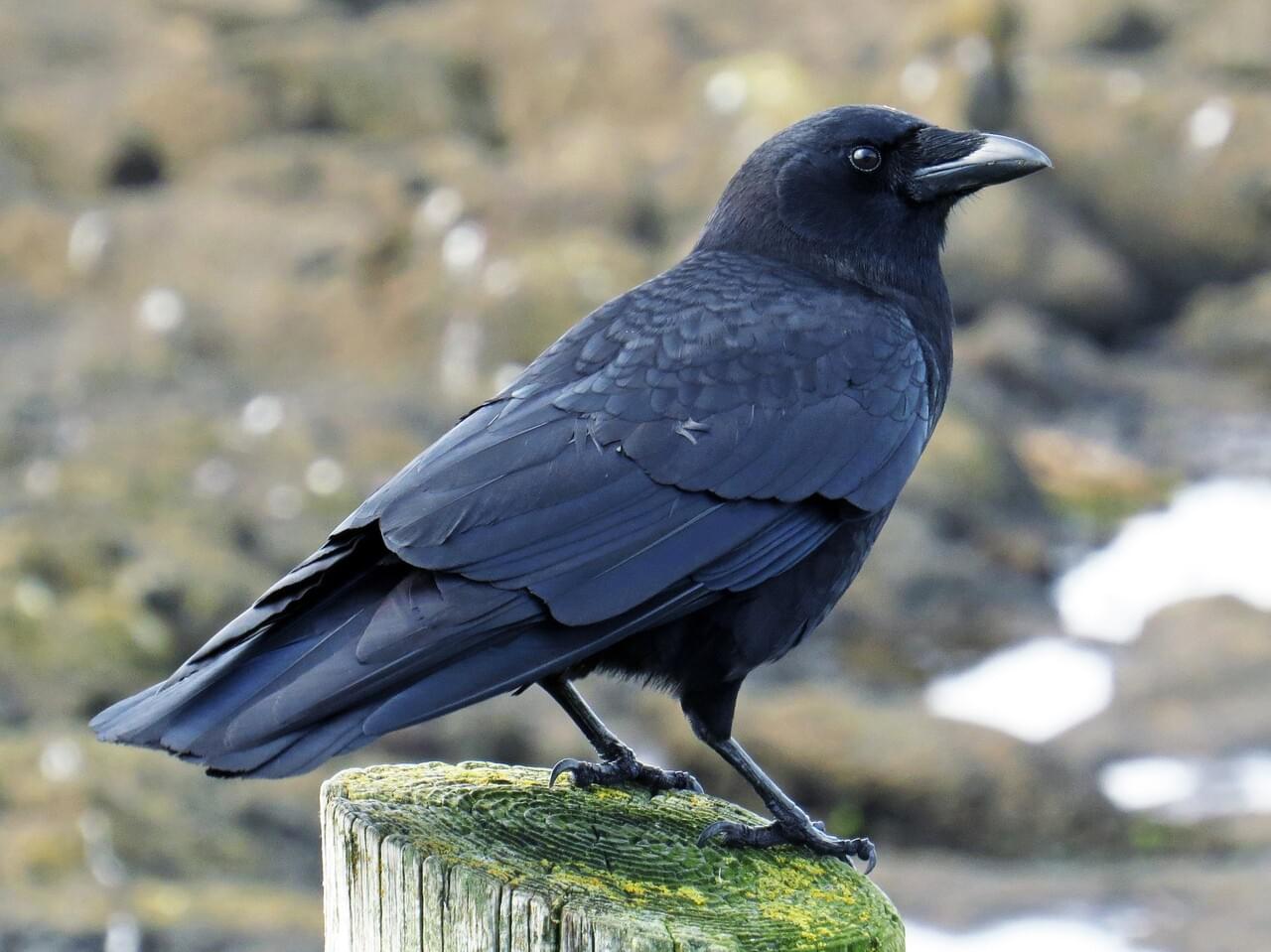