One of the most abundant birds across North America, and one of the most boldly colored, the Red-winged Blackbird is a familiar sight atop cattails, along soggy roadsides, and on telephone wires. Glossy-black males have scarlet-and-yellow shoulder patches they can puff up or hide depending on how confident they feel. Females are a subdued, streaky brown, almost like a large, dark sparrow. Their early and tumbling song are happy indications of the return of spring.

Red-winged Blackbirds spend the breeding season in wet places like fresh or saltwater marshes and rice paddies. You may also find them breeding in drier places like sedge meadows, alfalfa fields, and fallow fields. Occasionally, Red-winged Blackbirds nest in wooded areas along waterways. In fall and winter, they congregate in agricultural fields, feedlots, pastures, and grassland.

Red-winged Blackbirds eat mainly insects in the summer and seeds, including corn and wheat, in the winter. Sometimes they feed by probing at the bases of aquatic plants with their slender bills, prying them open to get at insects hidden inside. In fall and winter they eat weedy seeds such as ragweed and cocklebur as well as native sunflowers and waste grains.

Male Red-winged Blackbirds spend much of the breeding season sitting on a high perch over their territories and singing their hearts out. Females tend to slink through reeds and grasses collecting food or nest material. Both males and females defend nests from intruders and predators. Red-winged Blackbirds nest in loose groups in part because appropriate marshy habitat is scarce. Typically five or more (up to 15) females have to crowd their nests into any one male’s territory. They typically mate with the territory holder, though many also mate with nearby males. In fall and winter, Red-winged Blackbirds flock with other blackbirds, grackles, cowbirds, and starlings, feeding on open ground and roosting in flocks of thousands or millions of birds. Red-winged Blackbirds are strong, agile fliers.

Females build the nests by winding stringy plant material around several close, upright stems and weaving in a platform of coarse, wet vegetation. Around and over this she adds more wet leaves and decayed wood, plastering the inside with mud to make a cup. Finally, she lines the cup with fine, dry grasses. One nest picked apart by a naturalist in the 1930s had been made by weaving together 34 strips of willow bark and 142 cattail leaves, some 2 feet long. When finished the nest is 4 to 7 inches across and 3 to 7 inches deep.

Male Red-winged Blackbirds are hard to mistake. They're an even glossy black with red-and-yellow shoulder badges. Females are crisply streaked and dark brownish overall, paler on the breast and often show a whitish eyebrow. 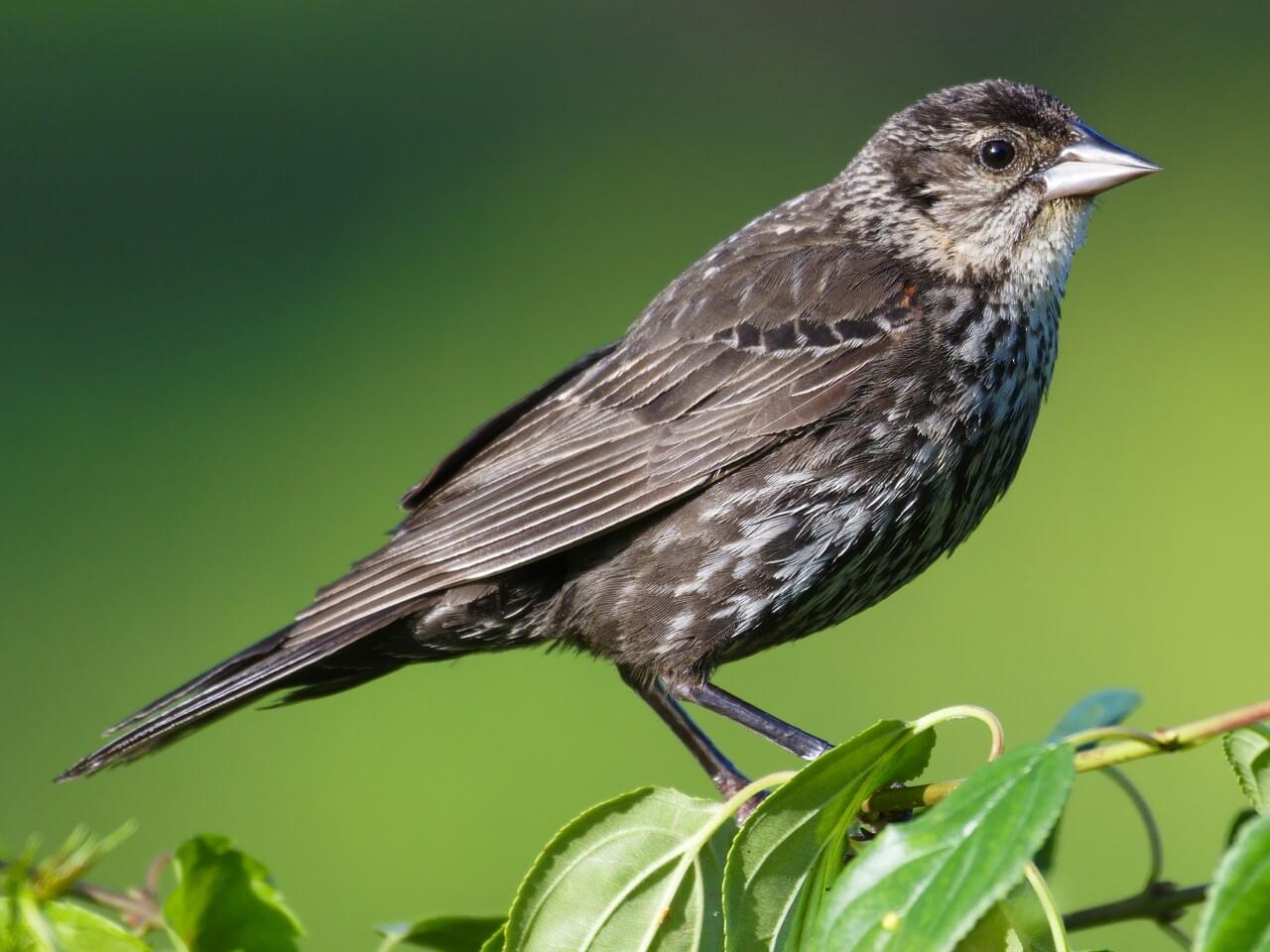 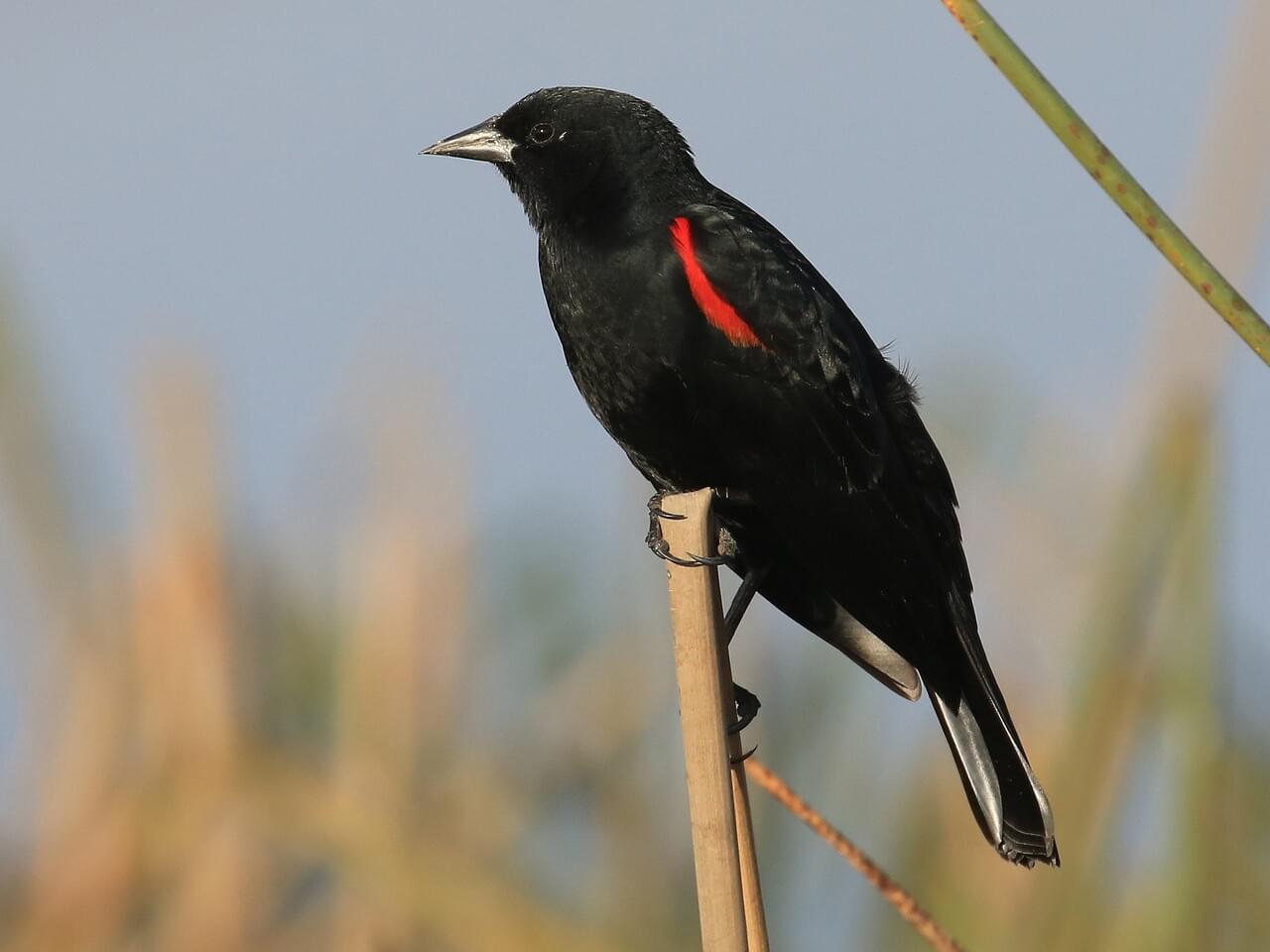 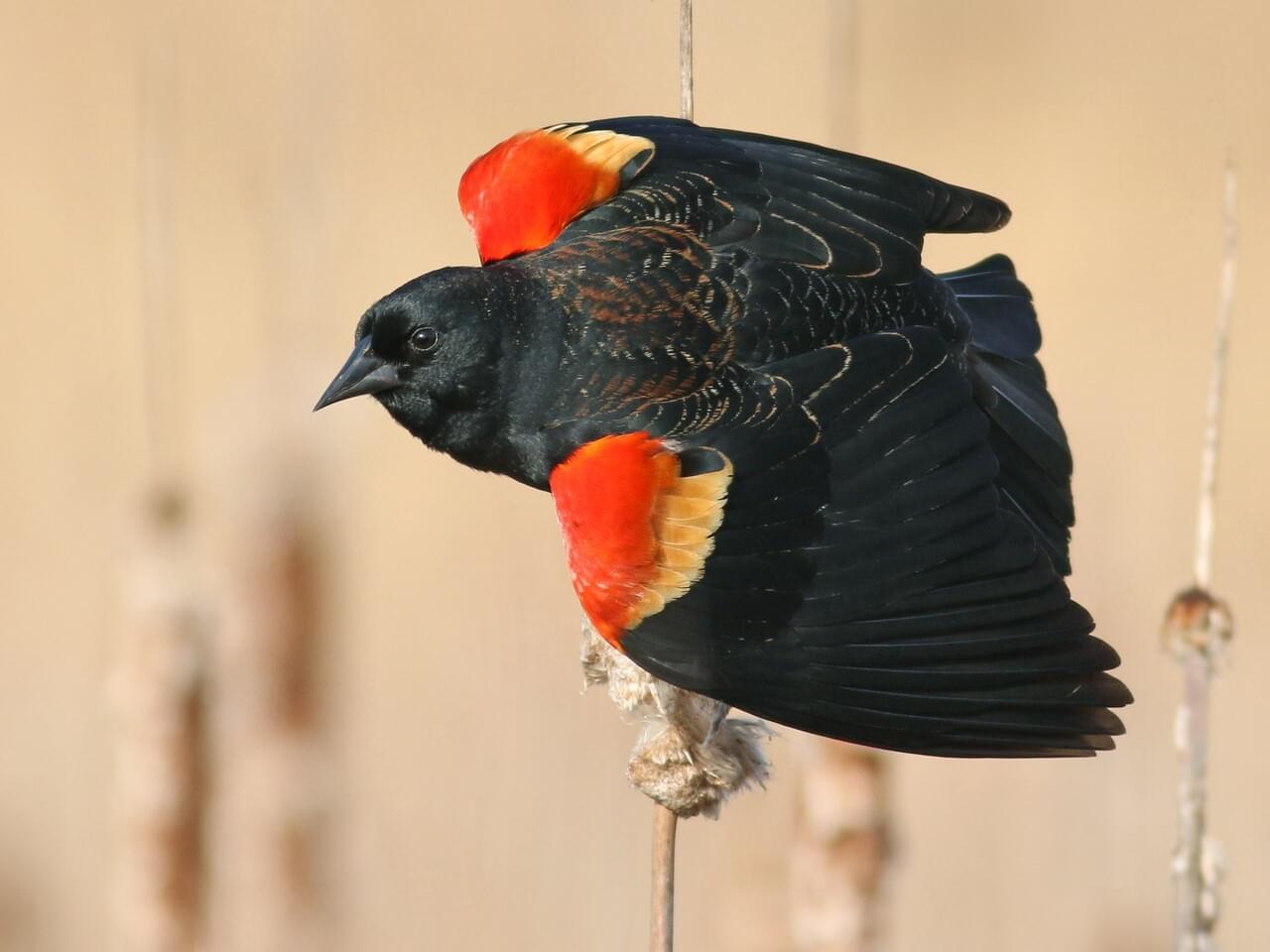