The Brown-headed Cowbird is a stocky blackbird with a fascinating approach to raising its young. Females forgo building nests and instead put all their energy into producing eggs, sometimes more than three dozen a summer. These they lay in the nests of other birds, abandoning their young to foster parents, usually at the expense of at least some of the host’s own chicks. Once confined to the open grasslands of middle North America, cowbirds have surged in numbers and range as humans built towns and cleared woods.

Brown-headed Cowbirds feed mostly on seeds from grasses and weeds, with some crop grains. Insects such as grasshoppers and beetles, often caught as cows and horses stir them into movement, make up about a quarter of a cowbird’s diet. As you might imagine, female cowbirds have a large calcium requirement from laying so many eggs. To satisfy it, they eat snail shells and sometimes eggs taken from nests they’ve visited.

Brown-headed Cowbirds usually forage on the ground in mixed flocks of blackbirds, grackles, and starlings. They get their name from their close association with grazing livestock (and formerly bison), which flush up insects for the birds to eat. Cowbirds fly directly, with constant wingbeats. When males sing, they often raise their back and chest feathers, lift their wings and spread their tail feathers, and then bow forward. Groups of males may do this together. Female Brown-headed Cowbirds don’t build a nest or rear young. They find nests by watching quietly for signs of other birds building nests, or they flutter through vegetation trying to flush birds from their nests. When young cowbirds hatch, they may roll the other eggs out of the nest.

Doesn’t build its own nest. Experiments done with artificial nests in an aviary suggest that Brown-headed Cowbirds tend to choose nests containing eggs of smaller volume than their own. 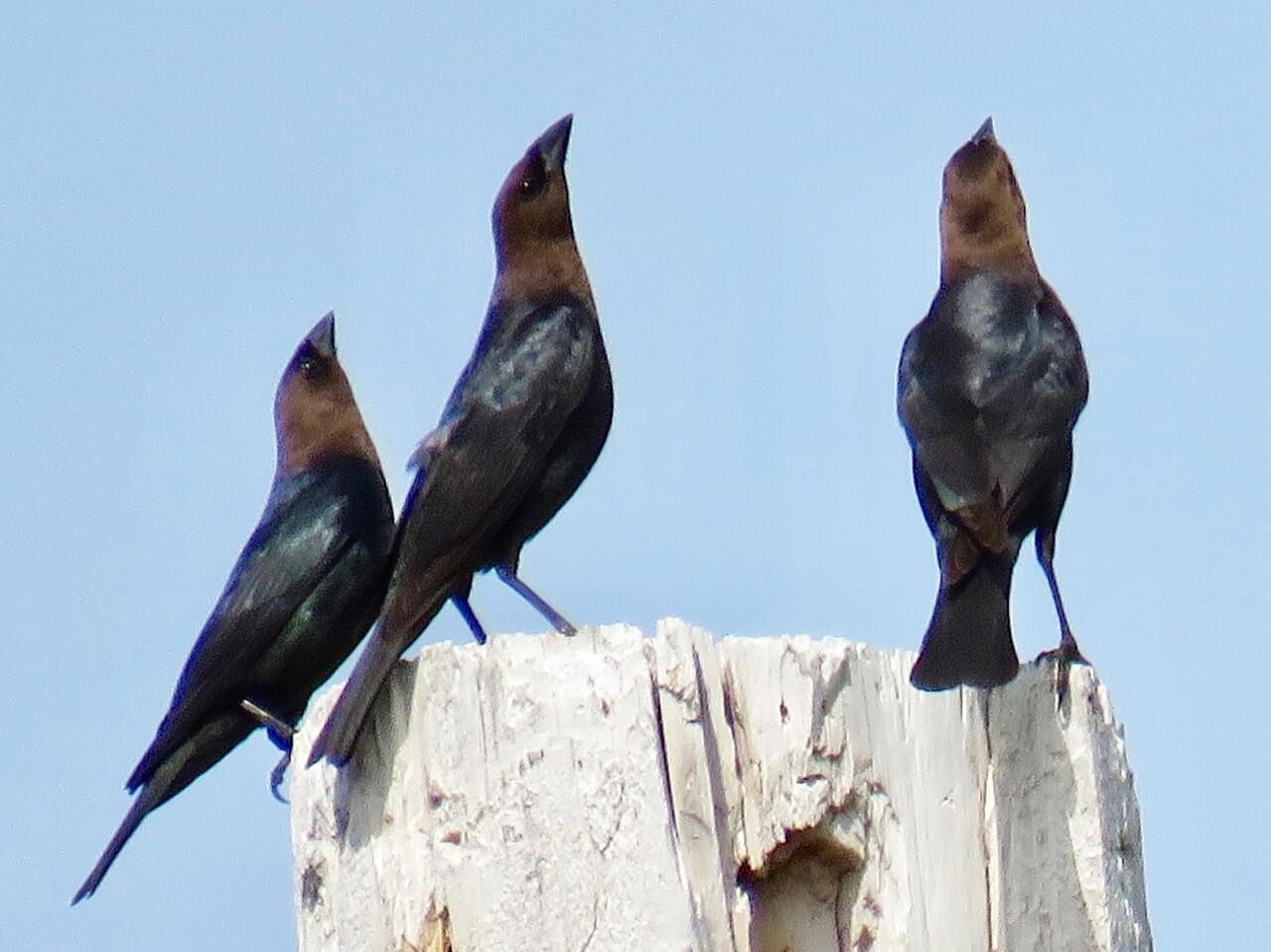 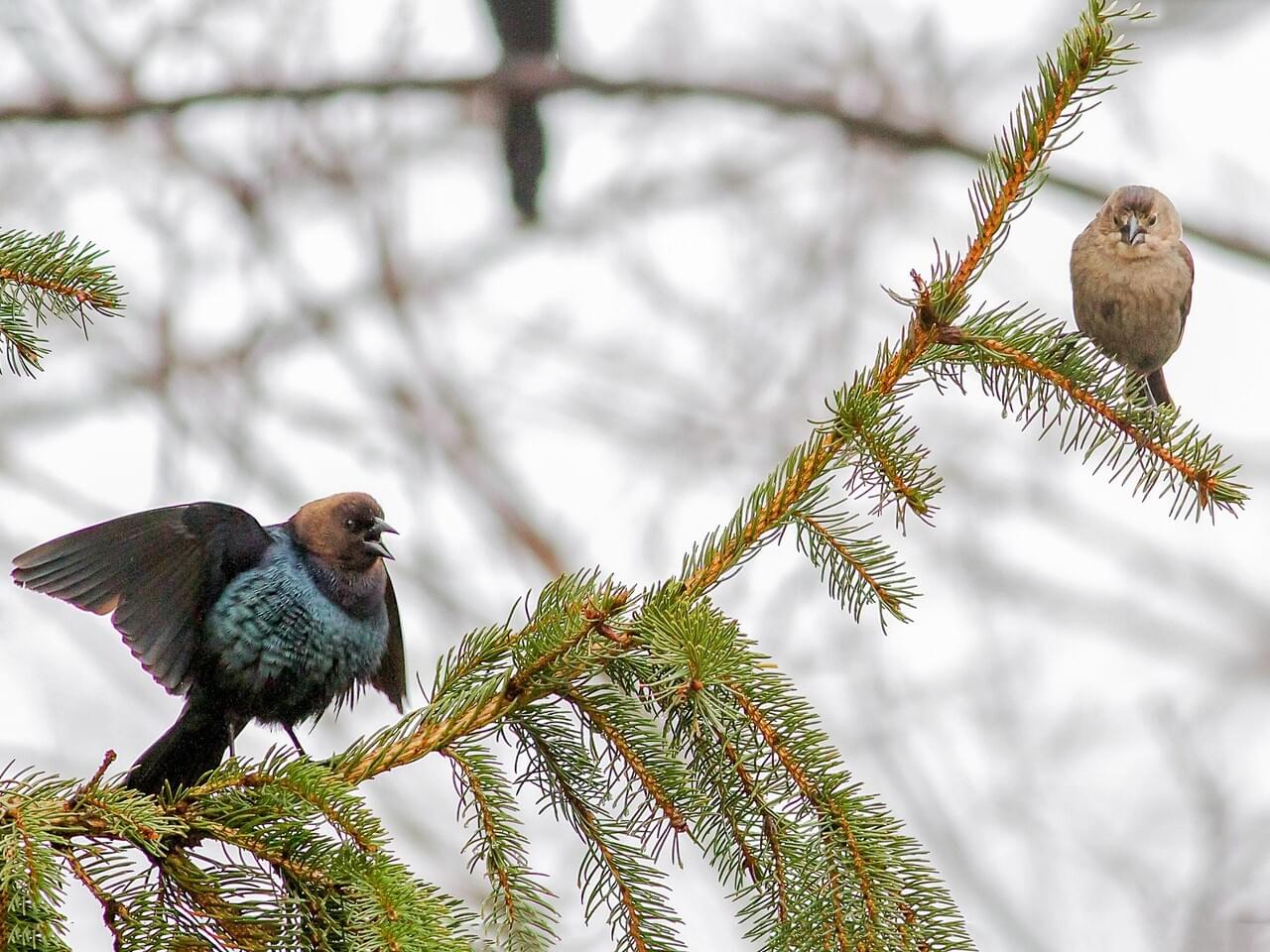 Cowbirds are smaller and shorter-tailed than other members of the blackbird family, with a shorter, thicker bill. The brown head of male Brown-headed Cowbirds can be difficult to see in poor light, so body shape and bill shape are the best clues. Female cowbirds are much less streaky than female Red-winged Blackbirds. Common Grackles are larger, longer-tailed, and lankier than Brown-headed Cowbirds. Male grackles and Brewer's Blackbirds show more iridescent colors in full light. Bronzed Cowbird and the rare Shiny Cowbirds of southern states are quite similar, but lack the male's brown hood and have longer bills.