A plain brown bird with an effervescent voice, the House Wren is a common backyard bird over nearly the entire Western Hemisphere. Listen for its rush-and-jumble song and you’ll find this species zipping through shrubs and low tree branches, snatching at insects. House Wrens will gladly use nestboxes, or you may find their twig-filled nests in old cans, boots, or boxes, to mention a few.

House Wrens have a huge geographic range and live in many habitats as long as they feature trees, shrubs, and tangles interspersed with clearings. Because they're cavity nesters, House Wrens thrive around buildings, yards, farms, and other human habitations with their many nooks and crannies.

House Wrens eat a wide variety of insects and spiders including beetles, caterpillars, earwigs, and daddy longlegs, as well as smaller numbers of more mobile insects such as flies, leafhoppers, and springtails. House Wrens also eat snail shells, probably for the calcium they contain and to provide grit for digestion.

House Wrens are busy foragers in low tree branches and shrubs. You’ll occasionally see these birds flit across openings with steady, level flight, or investigating the ground with quick hops. Pairs typically break up by the end of each nesting season and choose new partners the next year. House Wrens are aggressive. Single males sometimes compete for females even after a pair has begun nesting. In about half of these contests the outsider succeeds in displacing his rival, at which point he usually discards any existing eggs or nestlings and begins a new family with the female.

The male House Wren builds a bulky domed nest usually within a cavity, crag, or hidden space. Males may make several “dummy nests” and allow females to choose the one they will actually lay eggs into. Despite their small size, House Wrens can be fierce competitors for nest sites, sometimes evicting a larger species and claiming its cavity. The House Wren piles twigs into the cavities they choose to nest in, either to make a bed on which to build a soft-lined cup, or sometimes mounded up into a barrier between nest and entrance seemingly to protect the nest from predators. The cup itself is built into a depression in the twigs and lined with just a few feathers, grasses and other plant material, animal hair, spider egg sacs, string, snakeskin, and discarded plastic. The female lays 3 to 10 eggs. Only the female incubates eggs. Both parents feed the chicks.

The House Wren is a small and compact bird of 11 cm to 13 cm in length. It has a flat head and fairly long, curved beak. When extended its wings appear short for the size of the body. The House Wren often keeps its longish tail either cocked above the line of the body or slightly drooped.

The House Wren is subdued brown overall with darker barring on the wings and tail. The pale eyebrow that is characteristic of so many wren species is much fainter in House Wrens. 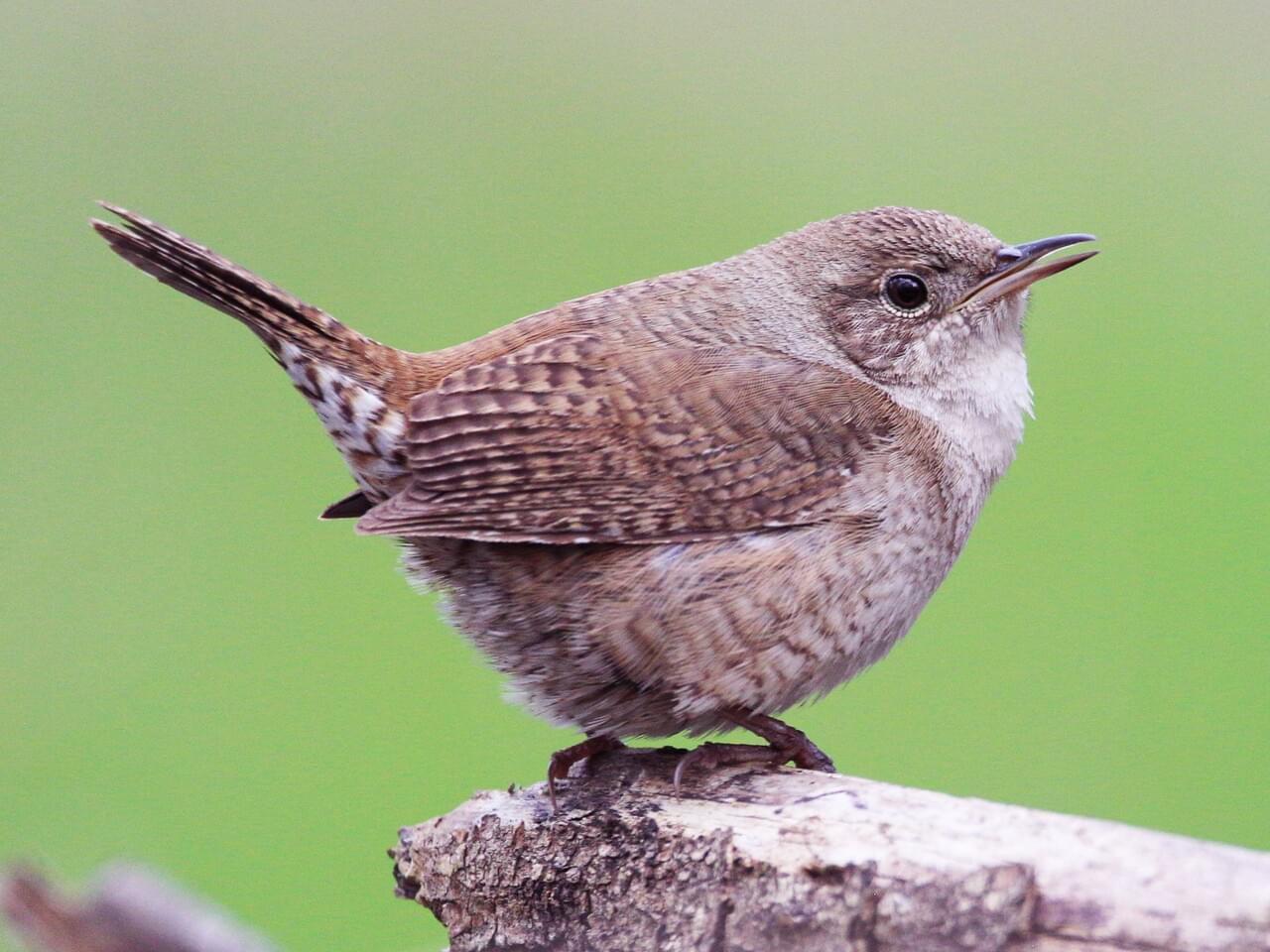 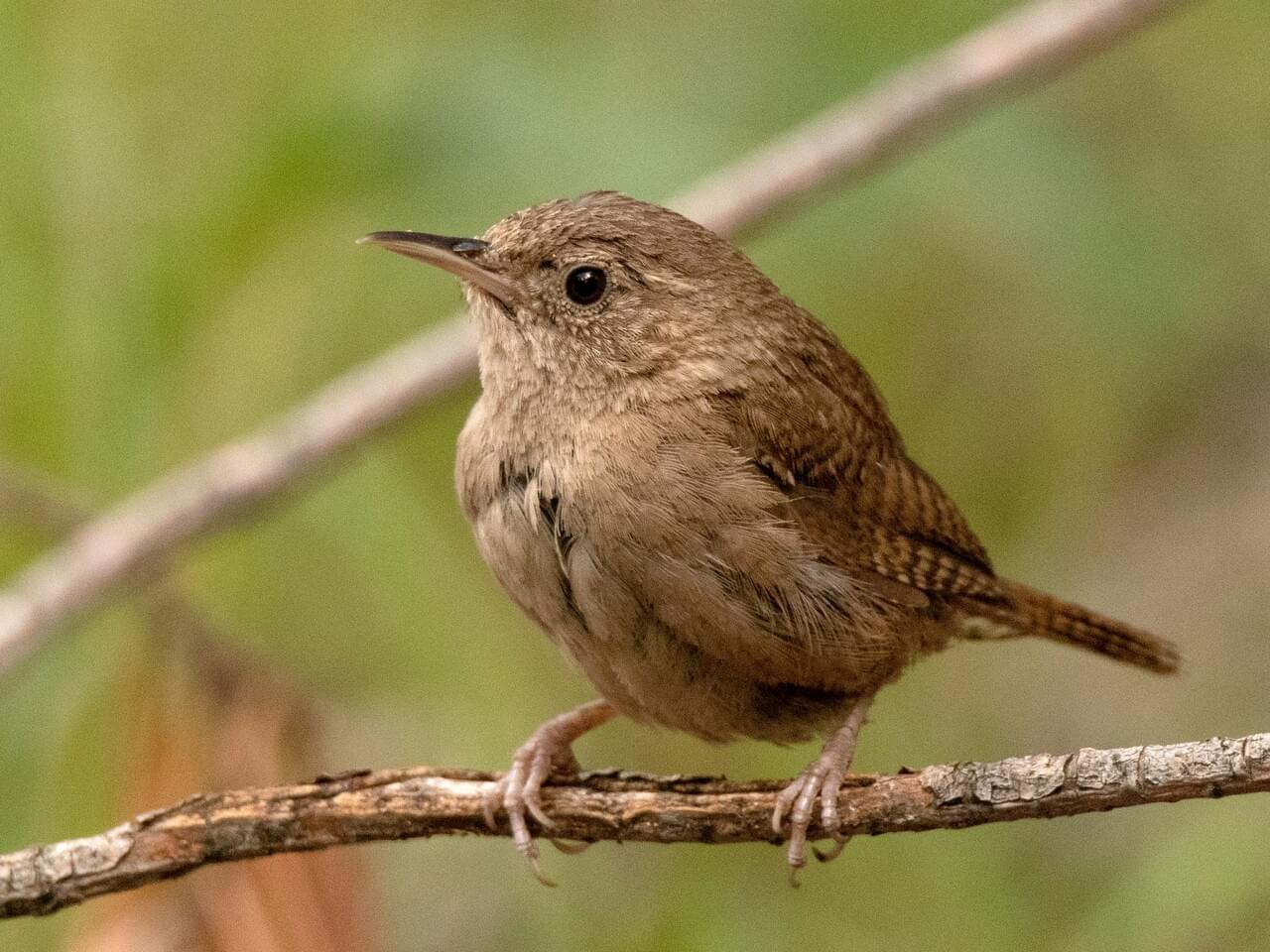 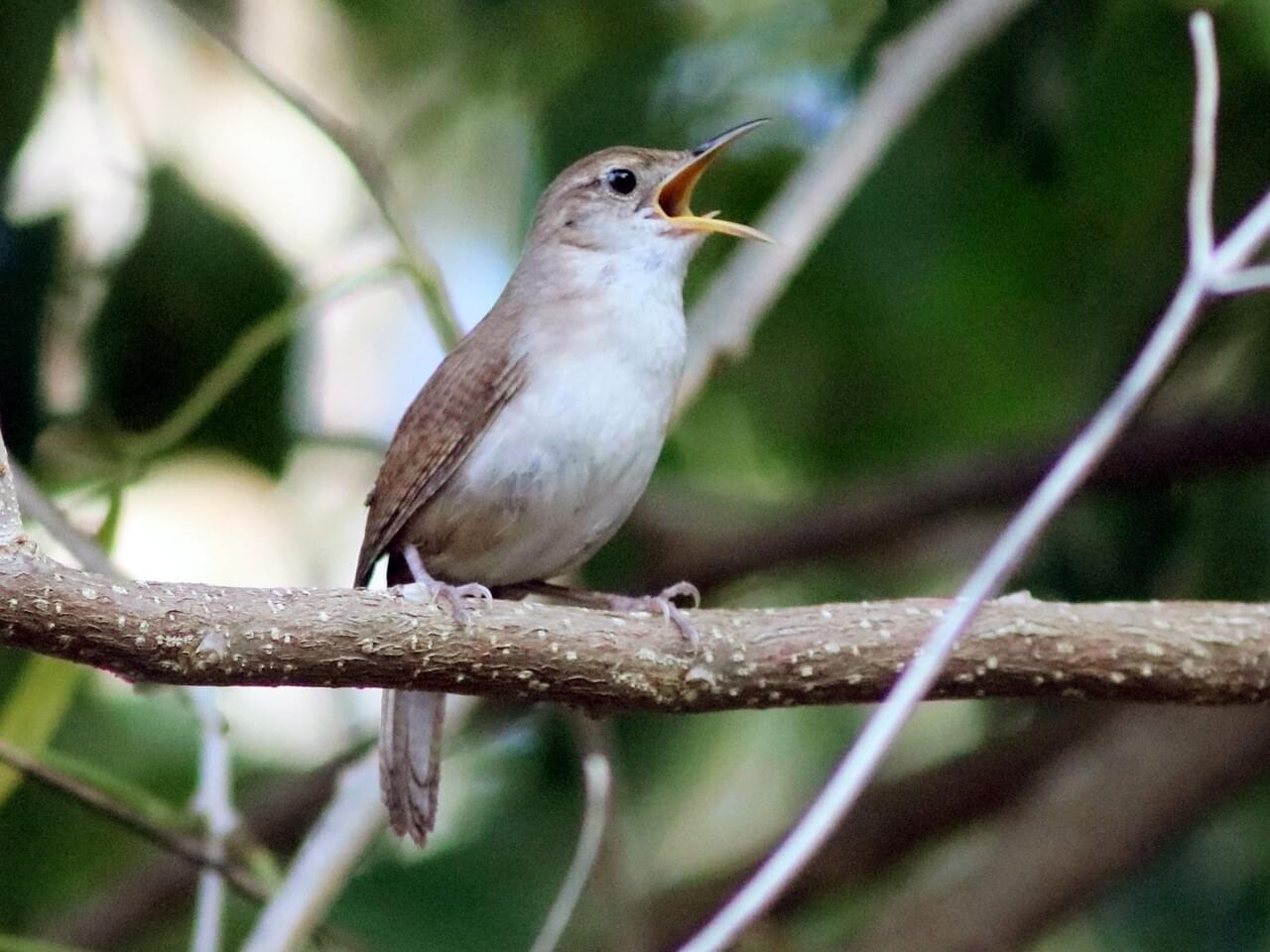 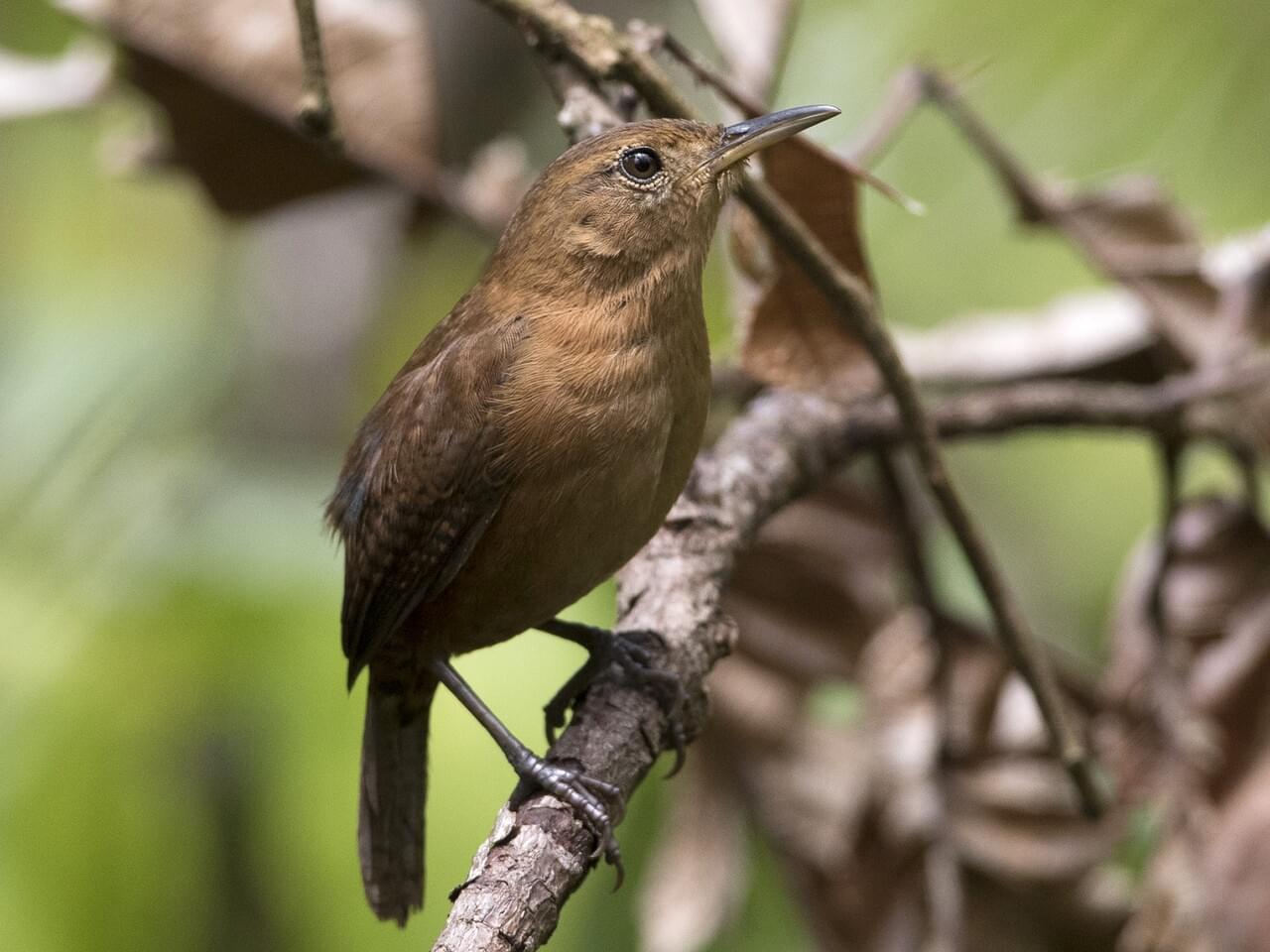 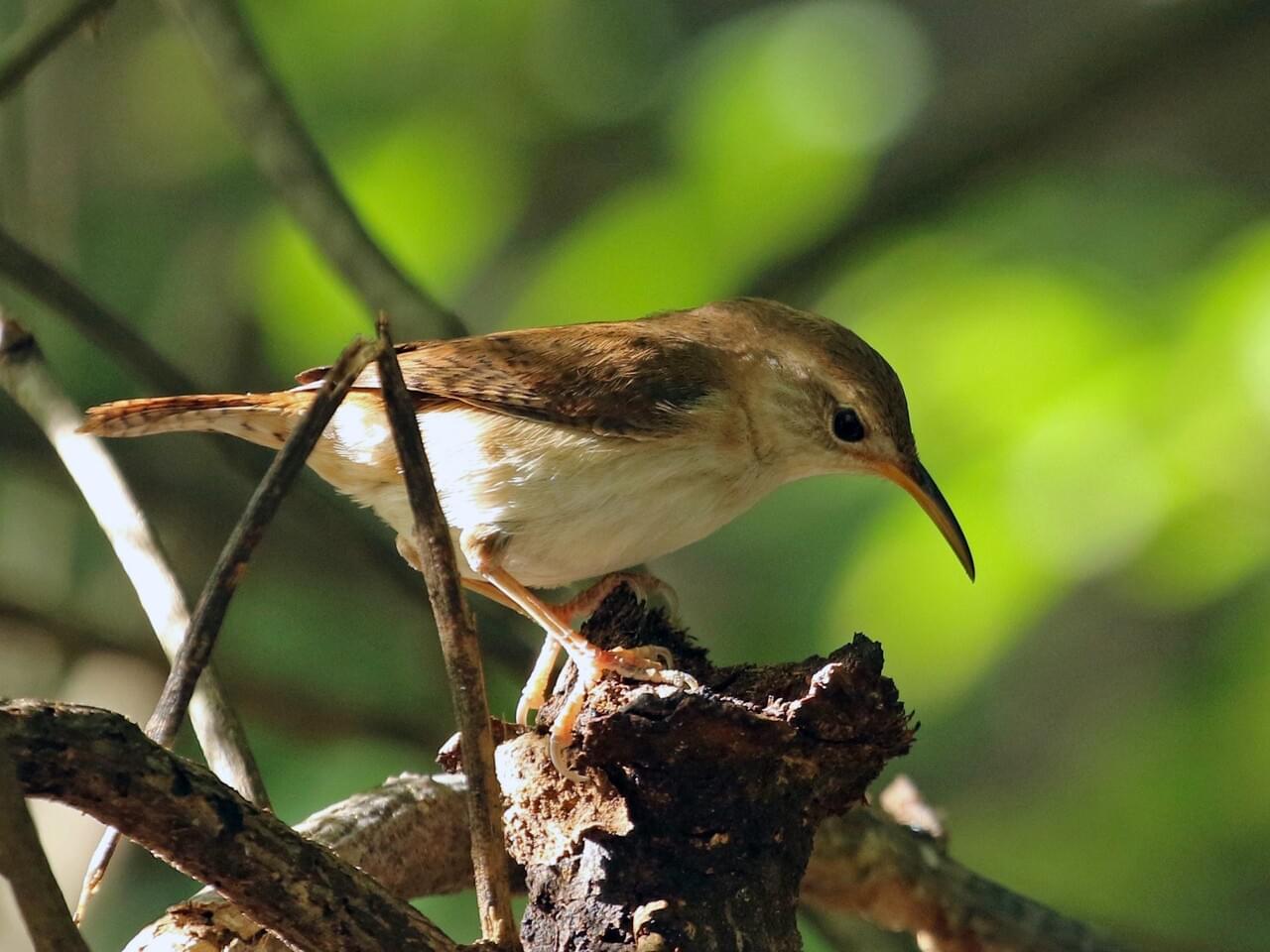 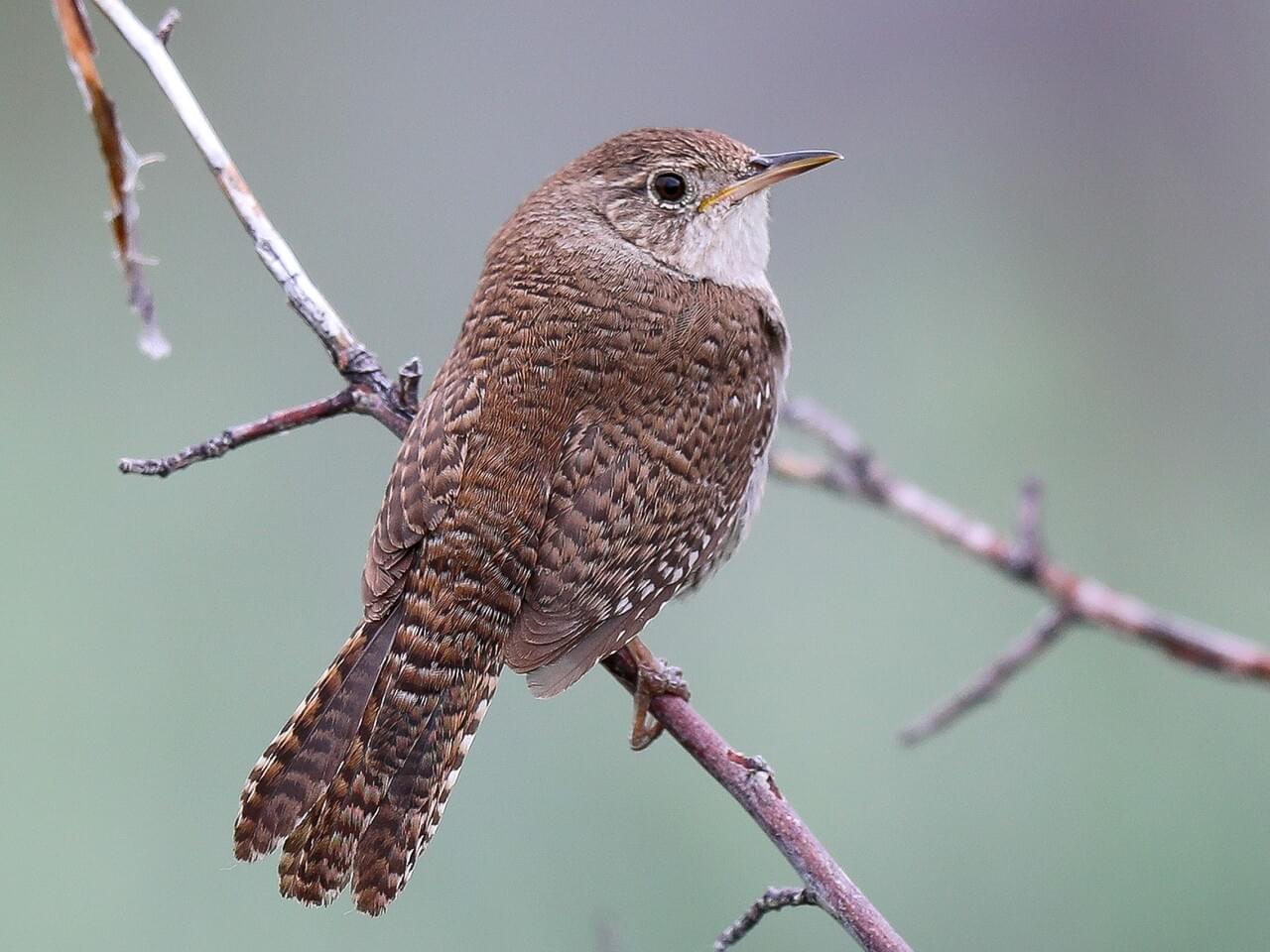 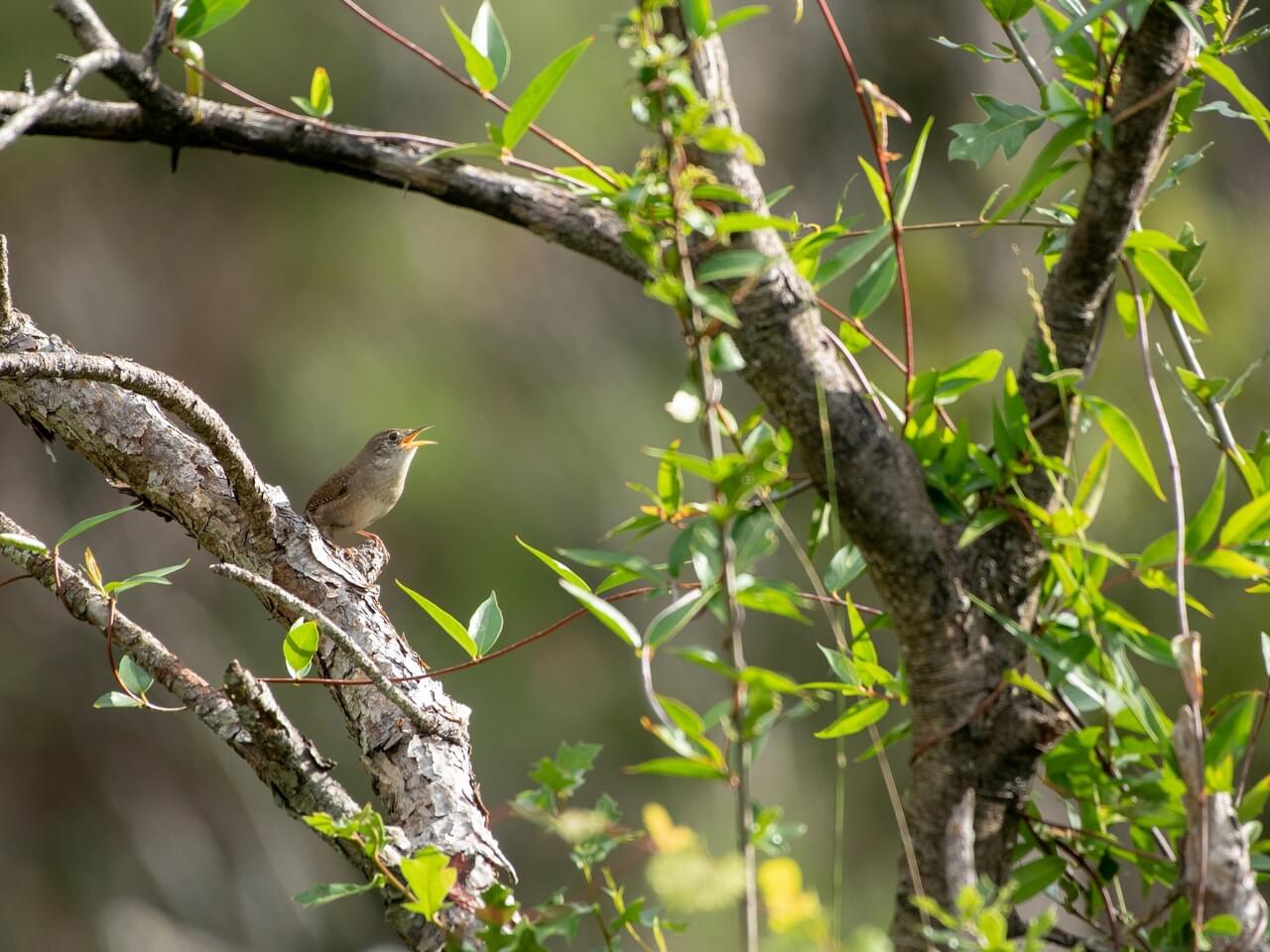 The Isthmian Wren face is whitish in color, with a white eyebrow and dark stripe through the eye. Throat, chest and belly whitish, washed gray on sides of chest; cinnamon on flanks and feathers that cover undertail. Its tail is not pointy as in the House Wren.